Homecoming festivities: The hallways get a make over 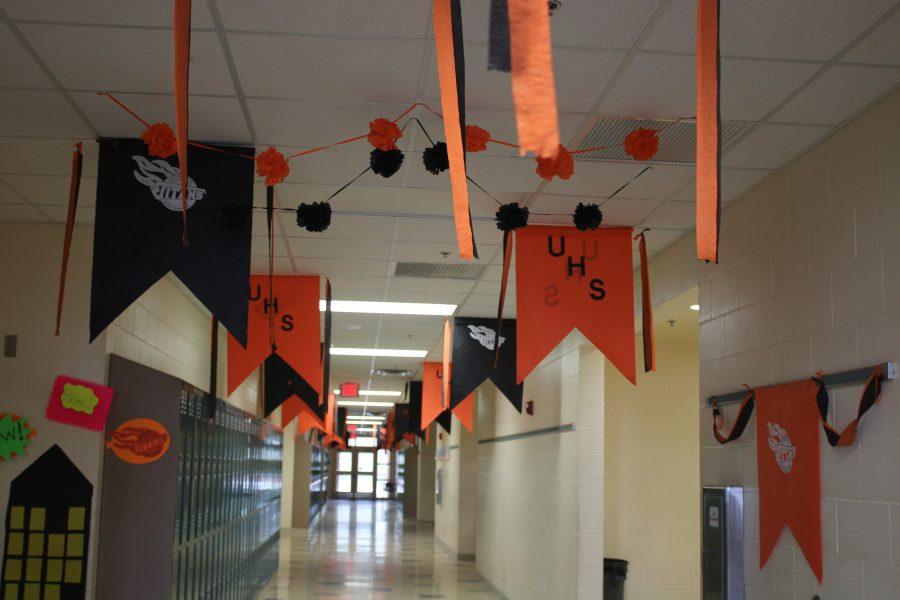 As the students walked through the double doors of the hallway, their eyes lit up like fireworks. Immediately, they were drawn to the spectacular decorations hung through the halls. School spirt was written all over their faces as they inspected the decorations that covered the walls and ceilings. The hallway decorations could only mean one thing; homecoming week is finally here.

Throughout the school, several hallways were decorated in the spirt of homecoming week and Halloween.  Not only are these decorations for fun, but there is some competition arising between the hallways. Students and teachers have put their whole hearts into these hallway decorations to prepare for the competition.

“I think all of the decorations show school spirit and it is important for the teachers to get involved to show that we care and motivate our students to do the same,” S.T.E.M. and Biomedical academy director Jessica Clayton said. “It creates comradery and allows us all to enjoy all the fun and festivities.”

Furthermore, some of the classroom doors in the decorated hallways were all decked out and there was a contest following all of the door decorations. The wining door was in building 1C second floor. The theme of this door was everyday hero’s in history and it screamed red, white, and blue to anyone who walked through the door.

“It’s a phenomenal feeling to have won the door decorating contest because not only did we represent our American heritage and our titans, but it also gave an opportunity to help Puerto Rico”, Colon said.

Ultimately, the homecoming hallway and door decorations contest was a success. It only added to the excitement in the air while also being a great way to get students engaged with all the homecoming activities that were going on.