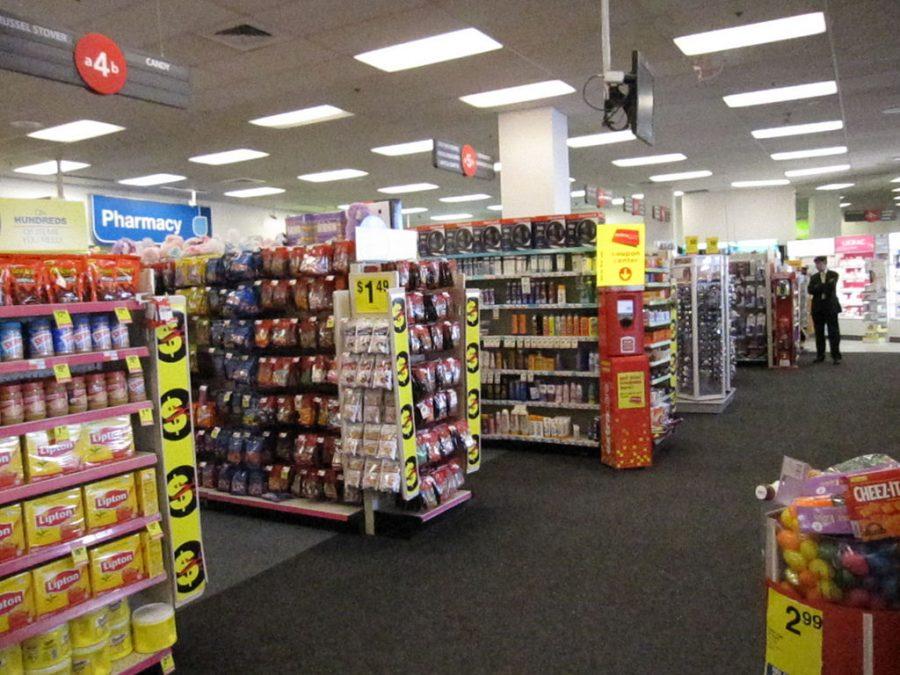 Whenever you got sick as a child, mom or dad would take your temperature and check for any other symptoms. Usually, your mini check up would be followed by a trip to see the doctor. After the visit, you usually stop at your neighborhood drug store to get your new medicine. The best part is knowing you might have a chance to persuade them into getting you a popsicle or candy to “make you feel better”.

As miniscule as that popsicle or candy might be, repeatedly having junk food can take a serious toll on long term health. Stores like CVS and Walgreens have already made healthier switches by stopping the distribution of tobacco products in their stores to promote their overall goal.

“I feel that tobacco shouldn’t be sold in CVS and Walgreens because it is toxic for you,” sophomore Tanya Silcott said.

Three years later, CVS has decided to make a second move towards achieving a healthy society. CVS is replacing their junk food and candy counter with healthier options. While consumers will still be able to buy junk food and candy, they will be relocated to the back of the store.

“I think it’s wrong to do that because they’re a drug store and they’re known for their candy sales,” junior Yarelis Vazquez said. “If they cut down then people will have to go elsewhere, like Walmart, where candy and junk food is expensive.”

CVS wants to use more floor space to sell healthy foods, supplements and food bars. They also want to sell their customers makeup that does not contain harmful chemicals.

According to USA Today, CVS plans to have their new store layout set up in several hundred stores by the end of 2018. They have already implemented their new design at 800 out of the 9,700 stores.
“[I believe] the school should offer healthier lunches or do a walk for charity,” senior Katherine Justus said.