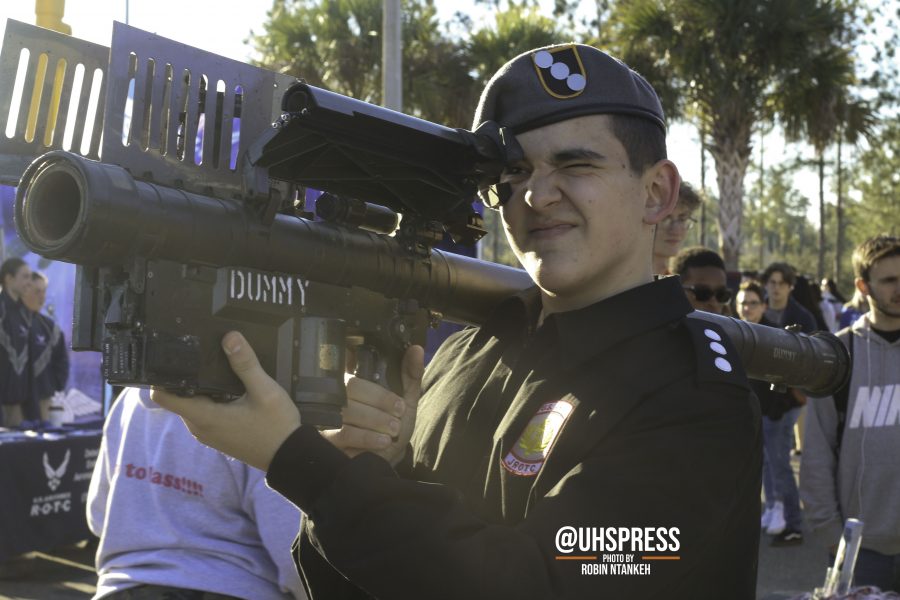 While testing out a look-alike dummy rocket-launcher, sophomore and ROTC Color Guard Commander Richie Pepe got to try out and learn about a lot of the equipment used in the military. "My favorite part of the Military Expo this year would probably be the National Guard. They had a lot of awesome things like the anti-air truck and the dummy rocket launcher," Richie said. "Out of all the things I saw at the expo, the thing that interested me the most would be the National Guard. I think it's really cool that you can enlist and get the same training as you would if you were to join the army, but only have to go to the nearest base once a month for drilling and training, all while getting paid for it."