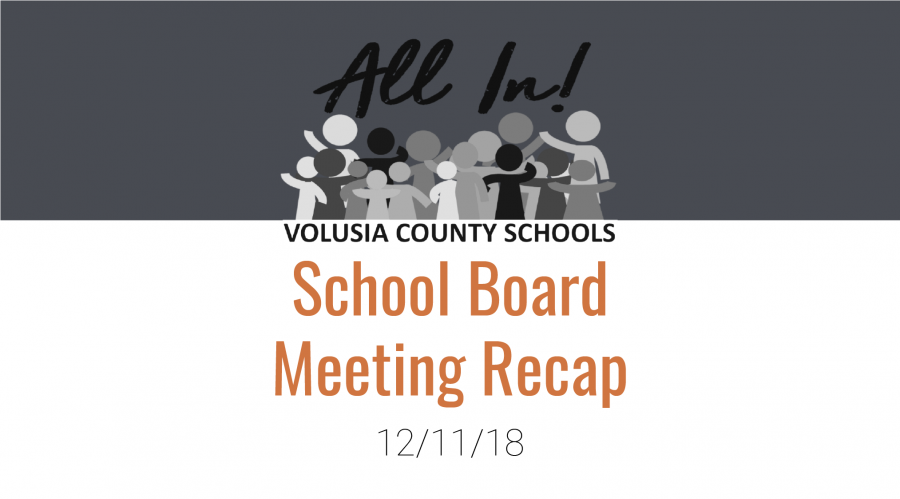 Among other things, a proposed new policy regarding religious expression in public schools.

The proposed Policy 526 “Religious Expression in Public Schools” was written by the FLDOE at the behest of the state legislature during its regular session in 2017 and will require that all religious speech be treated the same as secular speech.

“In the agenda item, we have described [proposed Policy 526] as largely redundant because existing state and federal laws already provide for these protections,” Michael Dyer, General Counsel to the school district said. “And require us to have a policy in place, which we do.”

The policy is required to be adopted per the state legislature and will affect all students and personnel in Volusia County Schools by codifying pre-existing policies in one location. Policy 526 has yet to be passed and the action taken at the school board meeting was simply for advertisement of the proposed policy.

Further discussion regarding appropriations requests and money for programs such as STEM and CTE Academies occurred before the conclusion of the meeting.